It’s all about the yeast here.  In addition to brewing their own beer on premises, all the bread is baked on site—it’s sourdough Saturday through Thursday, and challah on Fridays. 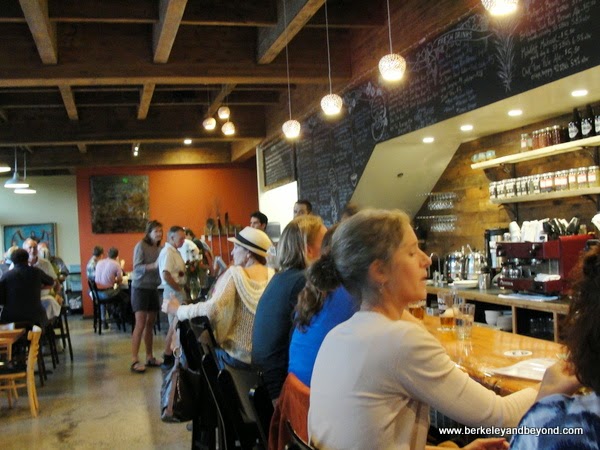 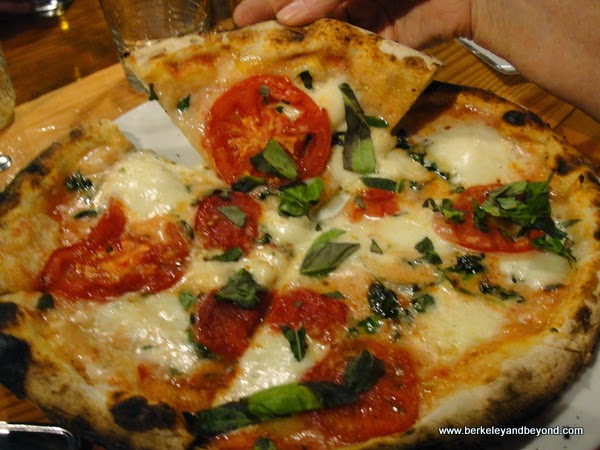 Order at the counter.  The simple menu offers several soups—I enjoyed a tasty one with small white beans and kale—salads, and an array of sourdough thin-crust pizzas cooked in a wood-fired oven.  Jams, condiments, processed meats such as sausage, and some cheeses are made in house. 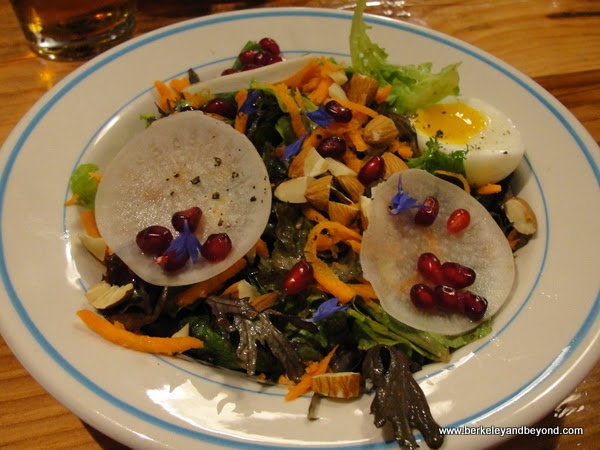 Ingredients are organic and locally sourced—I enjoyed a colorful house salad that was sprinkled with kernels from a pomegranate harvested from the owners’ own garden.  The restaurant is famous for their pastries, cakes, pies, and cookies, so don’t miss out!  My beer choice was a Malakoff Maibock, described as a “German pale Bock lager-style that is traditionally brewed for release in May (Mai).  Lighter than a traditional German Bock, our Maibock has a strong backbone of Pilsner and Munich malts to give it a nice malty body, and is crisply balanced by Perle and Tettnang hops.  Clean and delicious, it is one of the Brewer’s favorite styles.”  It was quite satisfying.  The large, open dining space with high ceilings is a transformed warehouse that once stored dynamite.  Now it has a dynamite atmosphere, where everyone is busy having a good time.
More about the beer:

More things to do in Nevada City.

More things to do in Gold Rush Country.

Posted by Carole Terwilliger Meyers at 11:00 AM