Eureka: Carson Mansion; things to do

Built between 1884 and 1886, this is said to be the most photographed Victorian house in the world and is the "queen" of Victorian architecture.  It is a mixture of several Victorian building styles--including Queen Anne, Italianate, and Stick-Eastlake—and took 100 men more than 2 years to build.  Pioneer lumber baron William Carson, a failed gold miner, privately financed it in order to avoid laying off his best men during a depression.  It now houses a private club and can be viewed only from the exterior. 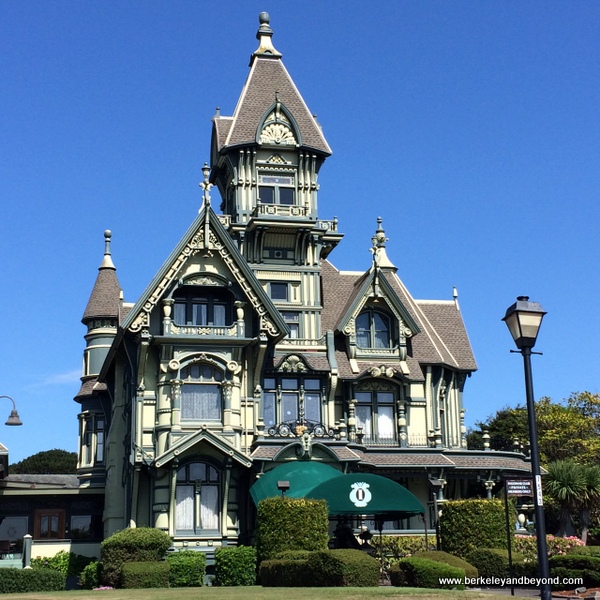 More things to do in Eureka.

Posted by Carole Terwilliger Meyers at 11:26 AM