The original restaurant in this Bay Area mini-chain is on Chestnut Street in San Francisco.  This newish branch operates inside a spare, clean-lined dining room featuring rust-colored walls, bamboo-style room dividers, giant rice paper chandeliers, and--surprisingly in such a sleek space, but most appreciated--comfy booths. 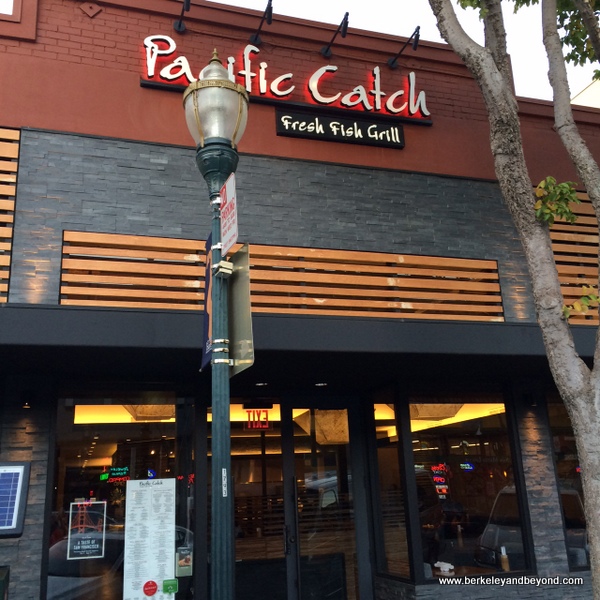 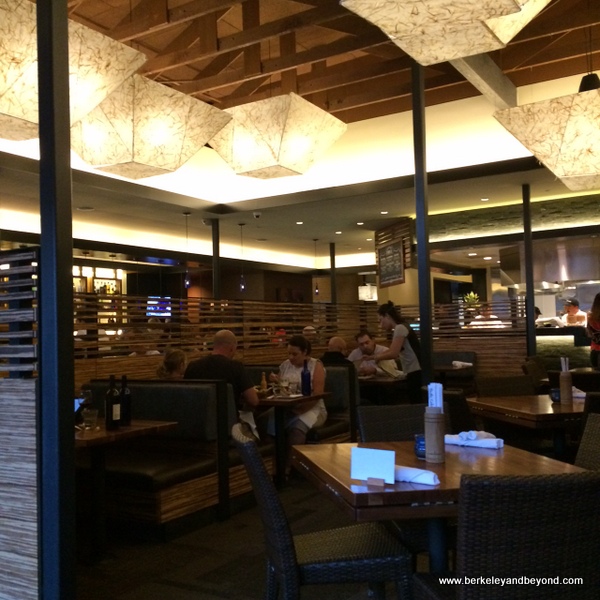 Before we ordered, the server offered us complimentary still or sprinkling house-filtered water in lovely blue bottles along with a little plate of fish-shaped pretzels and edamame. 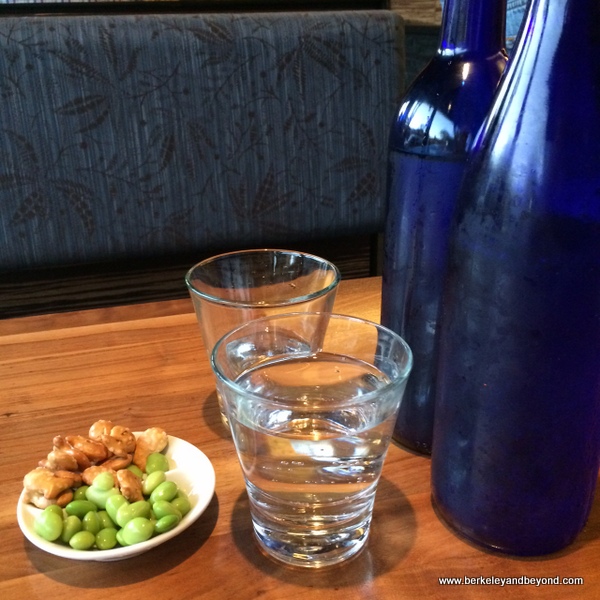 The menu stresses sustainable seafood with an Asian and Hawaiian bent.  Signature items include six kinds of Hawaiian Poke, sushi rolls, rice bowls, fish & chips, salads, and island tacos--all in a variety of styles.  I ordered a Hawaiian teriyaki bowl with a half rice, half lettuce base and topped with a small slab of grilled salmon.  It was so big and yummy that I took my leftovers home for lunch the next day. 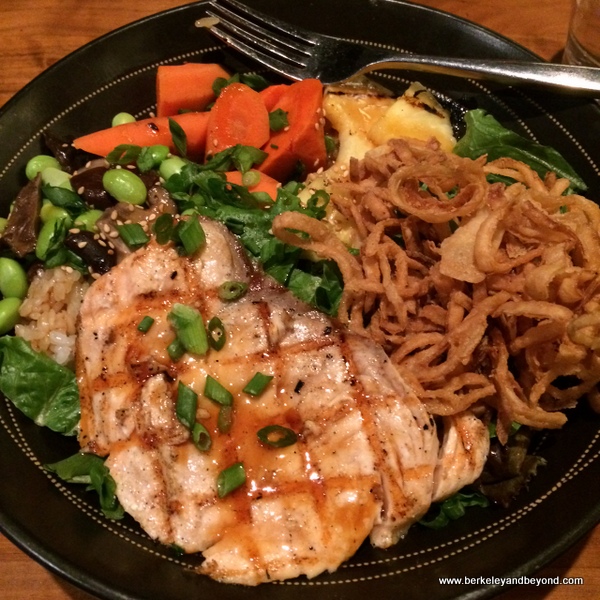 Appetizers include spicy Cabo calamari, Korean sticky ribs, and crispy Thai coconut shrimp.  A special themed menu is added periodically, and when I visited it featured dishes made famous in San Francisco.  From it we chose a crisp, avocado-heavy Green Goddess shrimp salad to share. 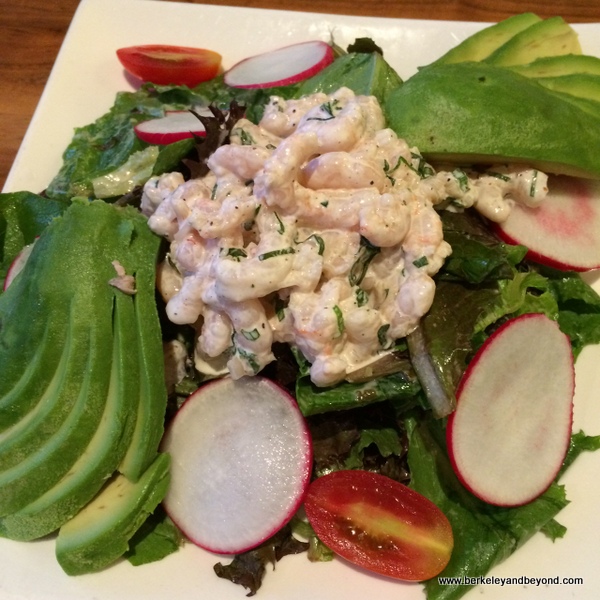 From it, he also chose a tasty pan-seared petrale sole with Dungeness crab-topped mashed potatoes, 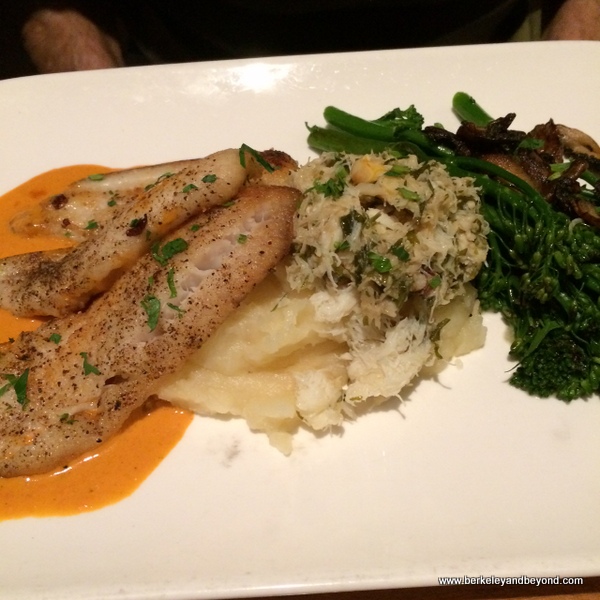 and we both were unable to resist the pull of what turned out to be strong and really good Mai Tais. 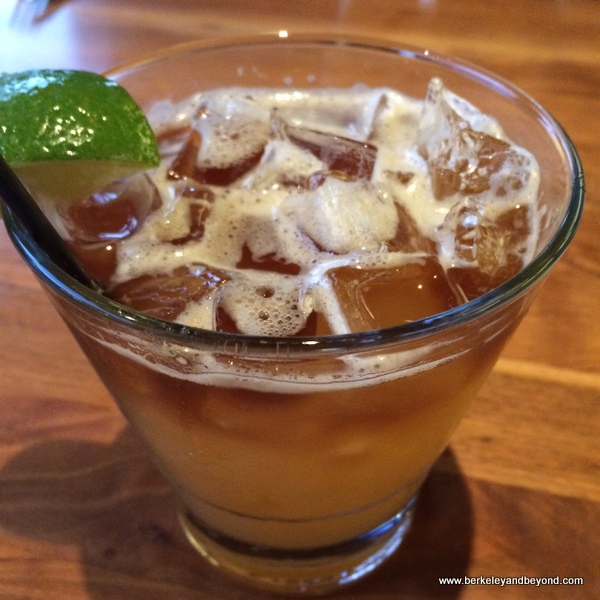 Service was a little slow, but our waitress checked in and reassured us that “perfection takes time.”  I planned to order an It's-It for dessert from the S.F. menu, but we decided instead to share chocolate and vanilla mochis. 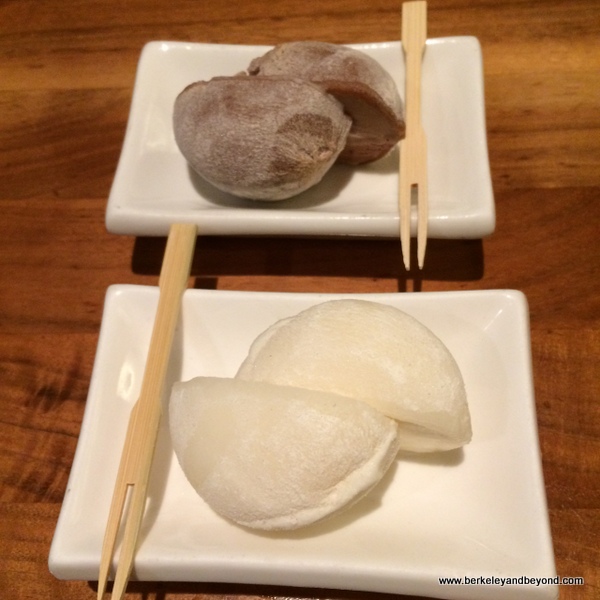 More things to do in San Mateo.

NOTE: Blog entries posted during the sheltering-in-place period of the coronavirus crisis are meant as a virtual escape. Hopefully, the information will be of use to you when it is safe to travel again.