This immense layout is operated by the East Bay Model Engineers Society, which started in 1933 and is one of the oldest continually operating model railroad clubs in the country.  Club members are seen popping up here and there like meerkats amid the 10,000 square-foot layout, which is the largest in Northern California and which incorporates three scales of toy trains--O, HO, and N--traveling through a miniature California.  My grandkids quickly found the wrecked trains in a gully and injured play animals--one had lost its head.  Oddities abound.  When you arrive, ask for a scavenger hunt worksheet so you can try to find items in the display such as a haunted house and an occupied outhouse.  Theme days occur on the fourth Sunday, and an exciting annual Wreck Day in November finds trains derailing and havoc reigning. 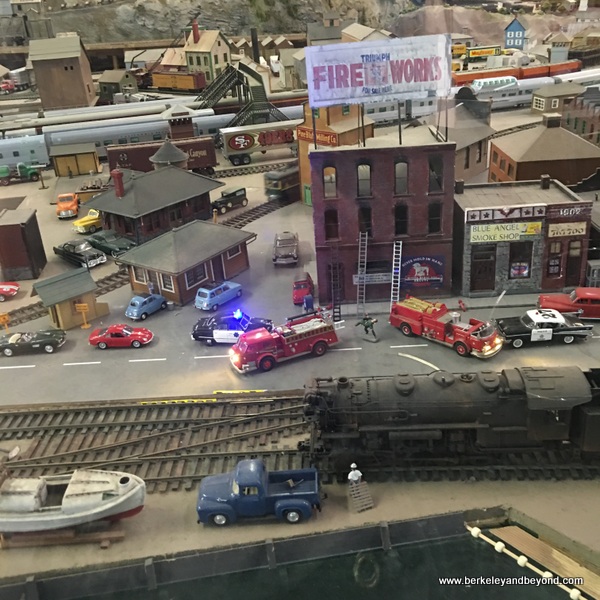 More things to do in Pt. Richmond.

More things to do in nearby Richmond.